Apologies for the lack of postings just recently, due to a short trip to Lisbon. This gave us the opportunity to visit one of our favourite restaurant chains – Portugália – which unfortunately does not have a presence in Madeira. Traditional Portuguese fare dominates the menu (at a very reasonable price) and the surroundings are always impressive (particularly in the original location on Av Almirante Reis), but with an emphasis on practicality showing that the food comes before pretentions. Maybe part of my appreciation is that they started life as a “Beer Hall” serving draft beer – one of the few things I miss about the UK.  One of their most popular dishes is a serious version of a bitoque, pictures below. Meat can be chosen by weight and preferred cut – goodness knows how many calories are in the buttery sauce (soup almost) that the steak sits in – just “dunk” your chips and mop up what’s left with a bread roll. Wonderful! – then subscribe to Weight Watchers. 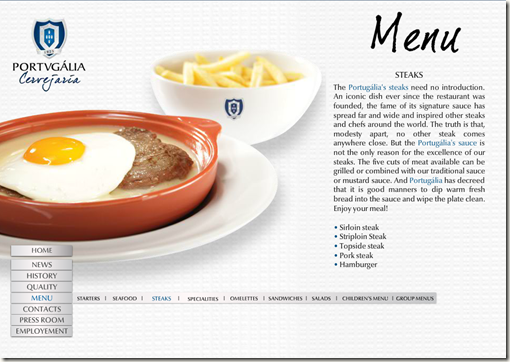 The history of Portugália dates back to the start of the century when the Leão Beer Company and the Portuguese Beer Company merged to form a company called the Germânia Beer Factory, which was created with the purpose of producing a beer that was “amongst the best in the world”. A large property was purchased on the Avenue Almirante Reis  in Lisbon in 1912. During World War I, in which Portugal supported the Allies, the anti-German attitude resulted in an intelligent marketing measure and in 1916 the factory changed its name to Portugália Ltd.

The first beer hall or ‘Cervejaria’ was inaugurated on 10 June 1925 as an annexe to the beer factory and was launched due to a lot of customers preferring to have their barrels filled on-site rather than trust delivery vehicles – this was soon supplemented by the famous steaks and seafood, which rapidly became the signature dishes of the new establishment. Over the mid 1900’s celebrities such as the fado singer Amália Rodrigues were regular customers. It was such a popular establishment that its courtyard was chosen in 1933 as one of the settings for the film “A Canção de Lisboa”.

During the 1970s, with the 25 April Revolution, Portugália, like most of the companies by that time, experienced a few turbulent years. However by 1977 it began to expand the concept of the Portugália beer hall located in Almirante Reis Avenue into a network of restaurants that remained true to the same theme:  property was bought on the Almirante Reis Avenue in Lisbon in 1912. Current Portuguese locations include, Cais Sodré, Belém, Porto Foz, Setúbal, Colombo, Vasco da Gama, Amoreiras, Oeiras Parque, Cascais Shopping, Almada Forum, Forum Algarve, Norte Shopping, Alegro Alfragide

More information at http://www.portugalia.pt/ Worth a try if you are on the mainland – they also have a cheaper “Balcao” menu if you are just looking for a snack. 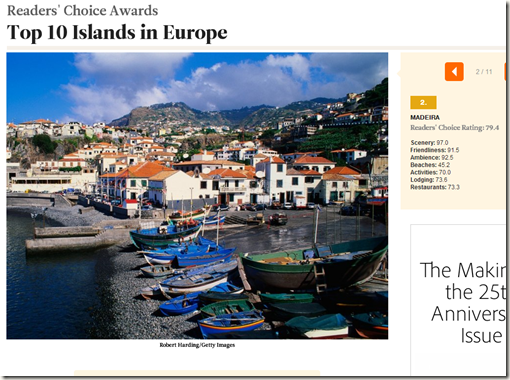 According to the agency Lusa this morning (Fri): Interest sovereign debt are now rising in Portugal at all times, a day after the International Monetary Fund (IMF) has released the report of the fifth revision of the memorandum of understanding with Portugal.

Around 9:30 am, the interest of Portuguese sovereign debt to two years followed pressure, with investors demanding an interest rate of 5.083% (4.863% against Thursday).

This is the trend of interest in Portugal a day after the International Monetary Fund (IMF) has released the report of the fifth revision of the memorandum of understanding with Portugal.

The Government will have to provide the ‘troika’ a detailed analysis of public expenditure will explain how to save over 4 billion euros in 2014 and 2015, specifying the measures by the end of February 2013. The documents released today by the International Monetary Fund specify that for this period the Government will have to find savings of four billion euros via spending cuts, and the program will end in 2014 if successful, with the deficit forecast for this year 2.5% of Gross Domestic Product.

The IMF also confirmed that the 4 per cent surcharge on personal income tax will remain until 2014 unless replaced by measures of similar size.

Also in Greece, Italy and Spain the interest follow the same upward trend, and unemployment in Spain has hit a record 25% (up from 24./6%)

The Diario reports this afternoon:

“The region is one of the factors responsible for Portugal not having achieved the objective of debt payment arrears. This is in the analysis of the IMF and the  ‘troika’ (International Monetary Fund, European Commission and European Central Bank) in their fifth assessment disclosed yesterday.

“The IMF recognizes "complications due to the autonomy of some of the spending units", which leaves many of the delays in payments beyond the "direct control of the Central Government." It says "must be exercised stricter controls on local governments [municipalities] and Regional authorities", and even makes a bracket to reinforce the issue of Madeira. "Reporting failures need to be addressed quickly," warns yet.

“Given this negative assessment, the Government of the Republic ensures that the fiscal consolidation measures implemented by the Central Government "will also be implemented at regional and local levels." And promises to put into action a plan for monitoring, reporting and control of fiscal commitments.

“The regional secretary must also address the revision of the Finance Act of the Autonomous Regions.The Finance Minister Vitor Gaspar, promises to review the law which defines the financial relations between the State and the Regions, from top to bottom.