The PTP (Portuguese Labour Party) was in the port of Funchal on Thursday afternoon to denounce the “corporate abuses of double-decker buses” (the red and yellow tour buses) and “unfair competition for taxi drivers”. According to José Manuel Coelho, these companies are in collusion with the general secretary and parliamentary leader of PSD-Madeira, Jaime Ramos , and are protected by the PSP (Police Force). "As with everything that makes money in this land, Jaime Ramos has also society in these companies," but the worst is the way that they operate in the port of Funchal with tourists just who have just arrived on cruises.

Employees of these companies are, according to the deputy of the PTP, protected by PSP that lets them immediately approach tourists, while taxi drivers are a further 500 meters away, thus losing customers. José Manuel Coelho criticised the unfair competition, and noted that the buses sell tourists rides which actually only go to Pico dos Barcelos and Câmara de Lobos.

I have to be careful what I say here but the name Jamie Ramos crops up regularly in connection with various business dealings on this island. The following article which details his business interests makes fascinating reading if you have the time: “The Business Empire of Jamie Ramos” http://www.clubedejornalistas.pt/?p=4371

In what could have long-term implications for the on-line tourist industry in Madeira and elsewhere, The Daily Mail reports that a tiny B&B in the Outer Hebrides has won a landmark legal victory against holiday review website TripAdvisor.

Richard Gollin, 64, launched a small claims action at Stornoway Sheriff Court over what he says are ‘false and malicious’ criticisms of his guesthouse in Lewis, which the site refused to take down after being posted by its users.

He maintained the website lost him valuable bookings of around £2,000 by refusing to remove the ‘untrue’ comments. Criticised: The guesthouse at the centre of the legal dispute

Until now, TripAdvisor, which is based in the U.S. and worth around $4billion, has denied it was subject to UK laws and could therefore not be sued. It previously challenged the jurisdiction of the Scottish court claiming the firm is outside the remit of the Scottish legal system because it is based in Massachusetts.

TAP have announced special pricing on Flights from Funchal to Lisbon and Porto – from just over €44 per person each way including all taxes. There is limited seating, with booking until 28 October 2012 and travel from  November 5, 2012 to May 31, 2013 (excludes 14 December 2012 to 6 January 2013, and certain other busy/holiday periods).

As I have mentioned before TAP have a generous checked baggage allowance of up to 23 kg without any additional charge, although you are unlikely to use this on a short break. I must say I have only heard good things about Porto – one of those places you always intend to visit but never get round to.

Nothing much to report. Cannot verify the reports of additional cases but will add to this post if anything appears.

AccuWeather, who supply the (extremely accurate) forecast on the right of this site, have added a Mosquito Activity Forecast to their resources 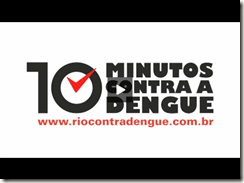 And Peter, once again, has sent the following Brazilian advice from the Diario on discouraging mosquitos:

Apologies – can’t load the video directly – please follow the link below. Thanks Peter!