Two months after the fires that ravaged and devastated parts of the Municipality of Santa Cruz, the town executive promoted a visit on Tuesday morning to four homes that are being targeted for reconstruction with the help of “solidarity, not the State”.

Although pleased with the donations that will allow the remaking of life for some families, the vice president of the municipality of Santa Cruz complained that "urgent" financial support had not been forthcoming, who complains of discrimination. "State support has not come so far," confirmed Jorge Baptista, who said that by the end of the year work on the four homes will be completed.

“These are part of the 23 that are receiving support, and by the end of the week, 30 families will have been assisted with materials that have been donated," said the mayor

The University of Madeira is this week hosting a conference dedicated to marine biodiversity, including “the use of molecular techniques to help the sustainability of fisheries” according to their press release. The conference will also address the management of natural resources “in order to transfer the results to the public and social sectors involved in the management of resources and marine biodiversity."

The project is financed by the European fund for Transnational Cooperation Programme PCT-MAC, led by the Canary Institute of Marine Sciences. Participants of the project are the universities of Madeira and the Azores, the Canary Islands Institute of Technology, the Funchal Municipal Council, the Natural History Museum of Funchal, the Marine Biology Station of Funchal, the Regional Secretariat of Environment and Natural Resources, the Director Regional Fisheries and yet, the Directorate of Fisheries Research Services.

Macaronesia – “islands of the fortunate”

The above bio-diversity article reminded me that technically Madeira is part of “Macaronesia”. Wikipedia informs us that :

Macaronesia is a modern collective name for several groups of islands in the North Atlantic Ocean off the coast of Europe and Africa. They belong to three countries: Portugal, Spain, and Cape Verde.[1][2][3] The name (ocasionally misspelled "Macronesia" in analogy with Micronesia) is derived from the Greek words for "islands of the fortunate" μακάρων νῆσοι makárōn nêsoi, a term used by Ancient Greek geographers for islands to the west of the Straits of Gibraltar.

The islands of Macaronesia are volcanic in origin, and are thought to be the product of several geologic hotspots. The islands have a unique biogeography, and are home to several distinct plant and animal communities. None of the Macaronesian islands were part of a continent, so the native plants and animals reached the islands via long-distance dispersal

Eight nominations originating from Madeira join 27 others nationwide in competing for an award launched by the subcommittee LIDE Tourism and Gastronomy of LIDE Portugal, in collaboration with the World Tourism Organization (UNWTO) in an initiative that aims to promote “Destination Portugal”. Tourist events like the Festival of New Year, Carnival, Flower Festival, Madeira Wine Festival, the Atlantic Film Festival, the Festival of Colombo, the Madeira Nature Festival, an event that promotes a range of activities in direct contact with the natural heritage of archipelago, and the distinctive environmental quality ‘Environmentally Friendly Establishment’ represent Madeira and Porto Santo in the race for the prize.

The Prize winner will be announced Portugal Welcome to September 29 in Vilamoura. More information about the Prize available in http://www.lideportugal.com/welcometoportugal/

Ronaldo “ deserves hailing as one of the greats” 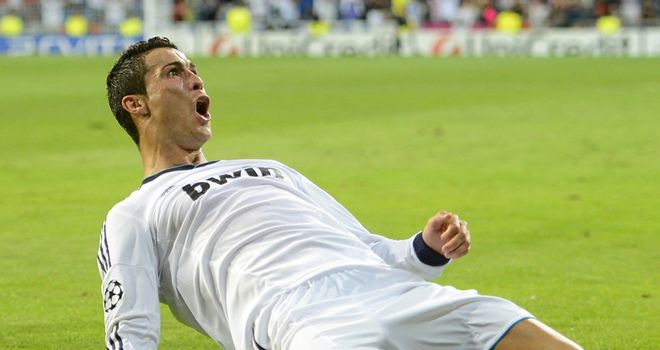 Rare praise indeed from Henry Winter in the Telegraph after Real Madrid’s dramatic 3-2 win over Man City in the Champions League on Tuesday night:

“Viva Ronaldo. Viva football. Picking up possession in the last minute with the score at 2-2, Cristiano Ronaldo decided that a truly stunning game of football needed to climax in spectacular style. And so he ran at Manchester City’s tiring defence and scored, sending Real Madrid fans into paroxysms of delight and sending Jose Mourinho on a wild knee-slide across the grass”.

“Ronaldo had described himself as “sad” in recent times, indicating that he felt under-appreciated in a sport that so frequently places the individual garlands around the necks of Barcelona luminaries like Lionel Messi and Andrés Iniesta. But when he conjures up a match-winning moment like this, coupled with the memory of some of his first-half prowess when the “taxi for Maicon” headlines were being dusted down, Ronaldo deserves hailing as one of the greats. He affects scorelines, moods, lives. He makes fans happy. He is Mourinho in boots, moody, needy but very special”.

And the manager was fairly impressed as well ….. 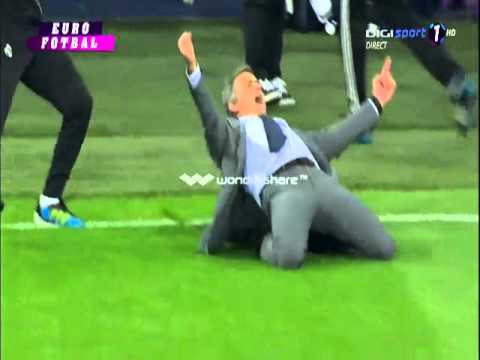