Today’s photo – Many thanks to Tobi for sending them in : I don’t actually know who took the second photo … Serra de Água. You will have already seen the ‘after’ photos? But here are the ‘before’, and ‘during’ … taken on 20th February 2010 … staggering. 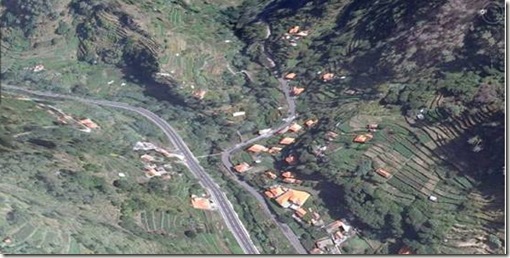 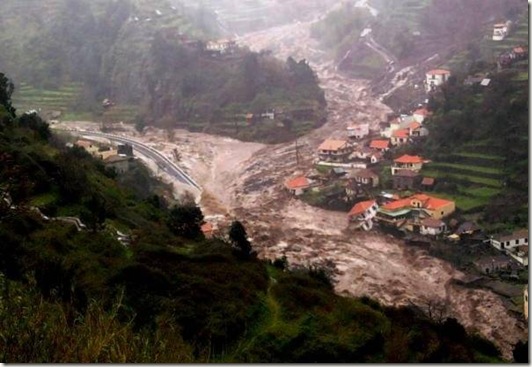 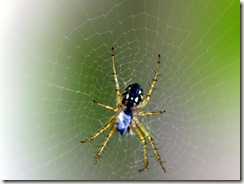 "Here’s something different. Local Madeira spider, may be someone can tell me what type it is?" Pete.

Many thanks to Becky for these videos :

How to find the British Cemetery in Funchal

Tragedy in Madeira – Before and After  (interesting side by side photos accompanied by some truly awful music… has anyone ever written a song about Madeira that was any good?!  Come on, Der, I’m expecting ‘Ribeira Brava, Ribeira Brava’ to buck the trend…).

Many thanks to Paul for this :

Cedary, layered 1780 Borges Bual Madeira ($2,450) that could have been drunk by Thomas Jefferson.

“The wine is surprisingly delicious, its caramel and candied fruit flavors and lively acidity intact after more than two centuries.

Which is why vintage Madeiras have begun to attract more collectors in the past three years. For several hundred to several thousand dollars, you can sip pieces of history that still taste good and aren’t in enough demand to inspire fakes.” Link to full article

Sheila sent in these photos of the ‘Garajau dog’ abandoned at home by his owner : 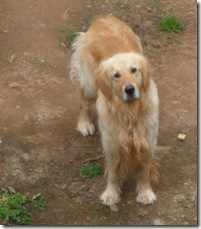 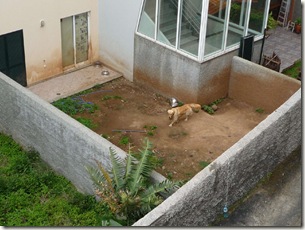 Storm interrupts holidays holidays of the deputies – The Peoples Party pressured and the parliamentary recess will be suspended to approve urgent assistance to those harmed.

Arsenal supportive towards Ribeira Brava – The shirt of footballer Eduardo delivered to the ‘face’ of the tragedy. The photo shows Ismael Fernandes, president of Ribeira Brava, presenting the Arsenal shirt to José Feliz, the lad that lost 7 family members and was badly injured himself on 20th February in a landslide in Pomar da Rocha. The official shirt of the number 9 of Arsenal of London, Brazil born Eduardo da Silva, was given to young José Feliz. All of the Arsenal team signed the shirt, which was first of all auctioned for £600 and then given to Ismael, who was in London for a weekend fund raising event.

[Recovery] Works in all the city except in Laranjal – The complaint continues. After the street clean the machines just disappeared. The debris remains there. And there are three bodies to be found. That’s the big picture today, and it’s certainly not the first time the Diário has given front page coverage to the plight of Laranjal in Santo António, that seems to have got left behind in the clean up and rebuilding. There are not even any men or equipment there on clean up work, whilst the rest of Funchal is still busy in that respect. The Diário refers to it as a "scene of death and destruction". Still missing are a young lady and her 9 month old baby, and a 16 year old neighbour. Few of the residents have been able to return home, through damage to their homes and fear of new landslides.

United Nations widens campaign to Madeira – In April, there will be launched here a mineral water for commercialisation to help in humanitarian causes of the ONU. The ‘Earth Water’ brings Fátima Lopez, the boyfriend of Madonna and maybe Luís Figo. As for who that is in the yellow dress in the bottom right hand corner to today’s front page, I have no idea, as it doesn’t appear to be Fátima Lopez (I thought she was older with shorter hair). The launch of the initiative will be at the Vine Hotel in Funchal on 14th April. All seems a bit odd to me … Madeira itself will be targeted to raise money for the ONU and it’s causes, at a time when it needs money raised for itself?

Swan Lake is "an extraordinary challenge" – The Diário watched two scenes of the ballet that joined together the Moscow Tchaikovsky Ballet and the Classical Orchestra of Madeira. It must have been a spectacular two and a half hours with 50 rather fit Russian ladies, probably some blokes too, and that was just the dress rehearsal. But unlike the Diário, Der’s blog doesn’t get free tickets for reviews, especially for the real thing tonight, so no review from me. There are still some tickets left (€50) if you are quick.

—————————————————————————————————————————————–
If you can, please contribute something Madeira related. A funny story or good or bad experience, a news item, or a story from a Madeira newspaper, a teaser, news of a bargain flight or item in a supermarket. Please help keep this blog going … without user contributions it won’t survive. Please don’t send in automatic translations (like Google translator) without checking them through and correcting them first, thanks.

You can email [email protected] with any large contributions and other material.

6 thoughts on “Flood in full flow ; Was Jefferson a Madeira fan? ; & other news headlines (to follow)”