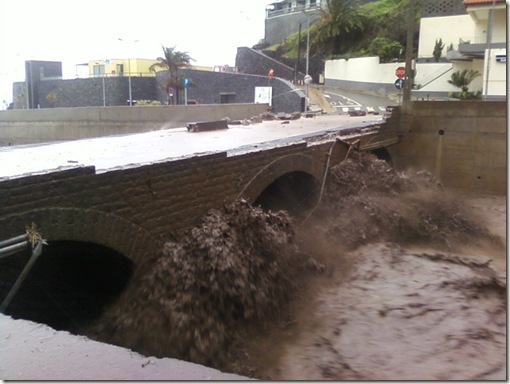 Mud ankle deep, and water knee deep met many of those who left their front doors this Saturday morning. Torrential rain throughout the night fulfilled the weather forecasters dire prediction all over Madeira. As I type this, I count myself lucky to have electricity, but no home telephone, no internet, no mobile phone, no TV, but luckily a radio station was still operating, telling similar stories all over Madeira. There was no traffic in downtown Ribeira Brava, even several hours after the worst had passed, with roads impassable with logs, mud, water, and all sorts of other debris littering the cobbles and tarmac.

The force and volume of the water was so great and so high that it took out both walls on the second bridge back from the sea front. Add to that torrents of mud coming down both sides of the valley, along the roads, and through the numerous new waterfalls created. The combination of these events led to water laden with thick brown mud invading the front end of the town. The deepest water I saw remaining was in the São Bento church square, where it was level with the wall that separates it from the children’s play area.

Later in the day, the same bridge collapsed on one side, and was closed off. A large fissure also developed in one of the arches. For sure Ribeira Brava has lost one of it’s oldest and most famous landmarks, as the damage seems just too major for repairs. Also later in the day a pavement alongside the river (outside the police station) also collapsed, leaving the top of a planted tree sticking out of the huge cavity.

When the wind dropped and the rain eased off, I ventured into town and took these pictures. Ordinary people were helping out in the street, alongside a full contingent of emergency services vehicles and crew, and it looks like the council had it’s complete workforce out in the streets trying to ease the situation. People were collecting logs and constructing dams to stop the water entering their streets to protect their homes. The most popular tool seemed to be the common dustpan, use to scoop up the thick mud to put in-between the logs used to construct the mini dams.

The sea was pretty rough, but I have seen worse. Thick with mud, and the debris was so thick that the waves were breaking over the debris rather than the beach, which was probably a blessing.

I wandered around for an hour taking pictures, stunned by the sight each time I turned a corner. Not a shop or café was open. Lots of people milling around, many looking equally stunned, but the cameras were out in force nether-the-less. A town already well down on it’s luck for economic reasons will be hit hard by this mini-disaster, that will take weeks to clear up, and months and even years to effect all the repairs.

You probably already realise that I wrote this for yesterday, but of course losing the internet connection prevented me posting, and I didn’t get the internet back until after 5 pm today (Sunday). Today in town, there are still some shocking sights, but the clean up operation is going really well. 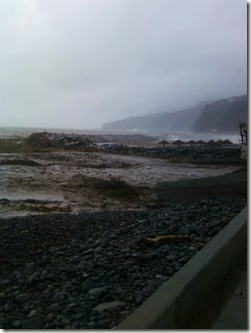 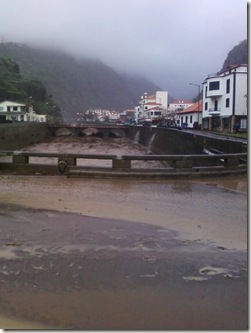 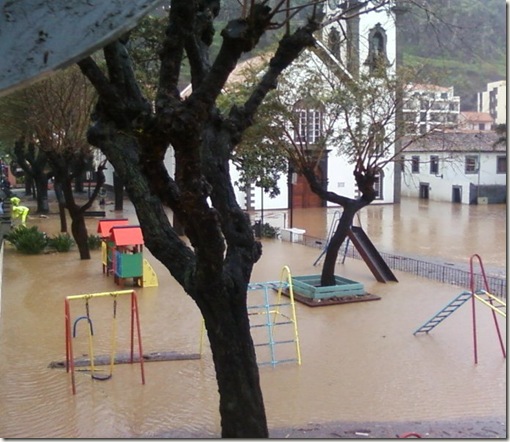 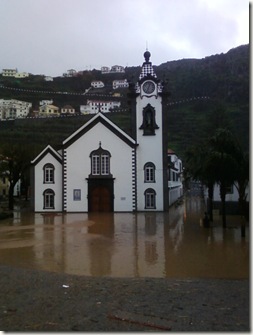 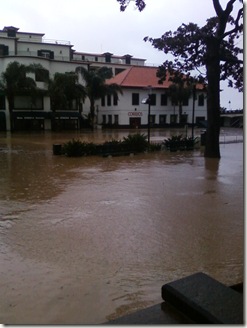 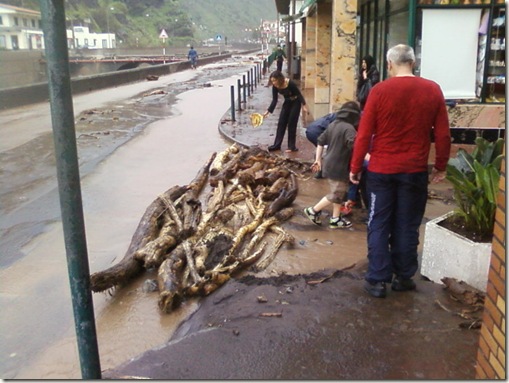 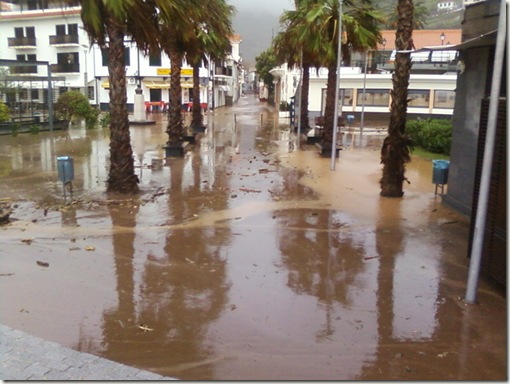 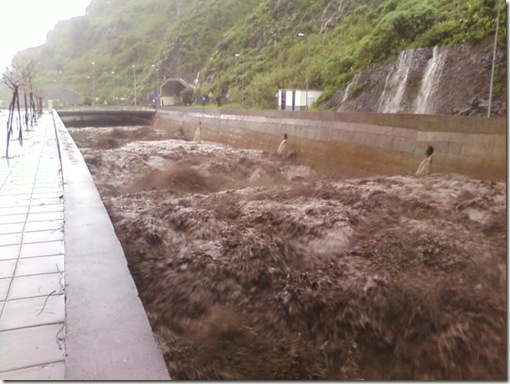 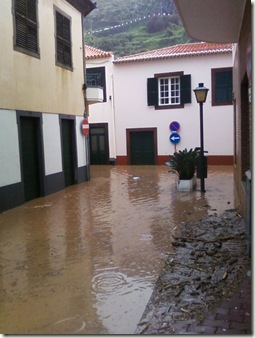 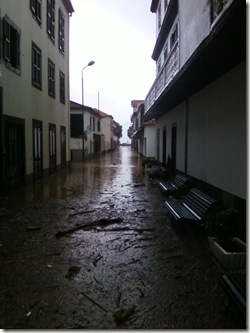 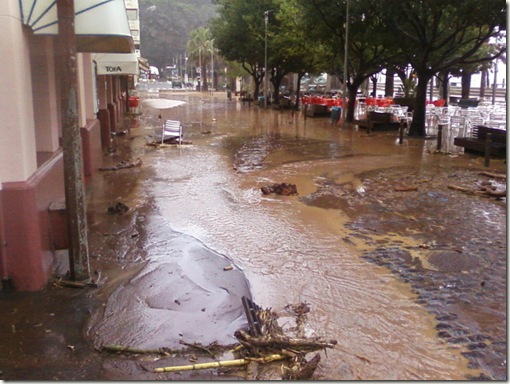 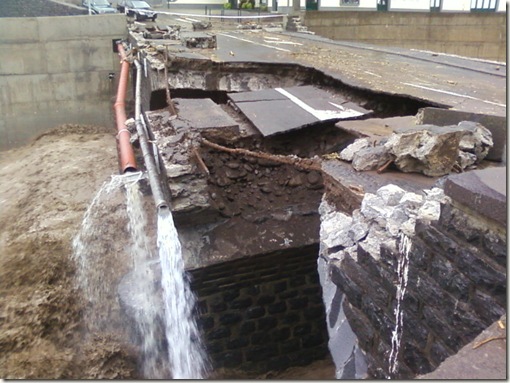 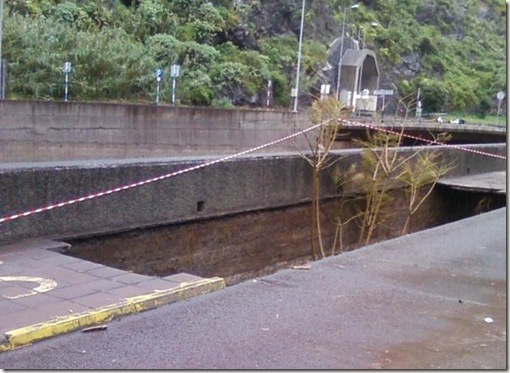 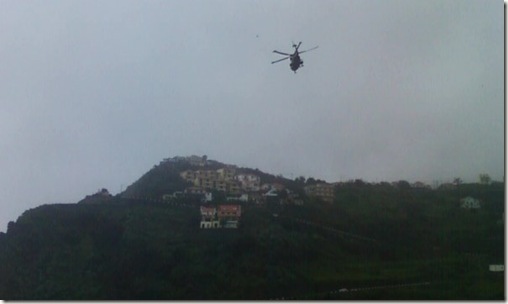